Get fresh music recommendations delivered to your inbox every Friday.
We've updated our Terms of Use. You can review the changes here.

When Mind Is Over 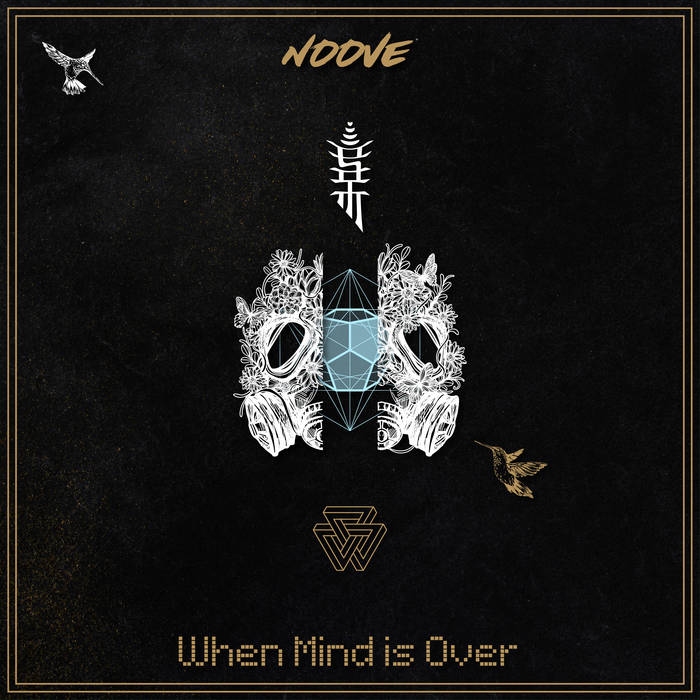 “Time itself. It must be something. Is it like some kind of music, that one just doesn’t hear,
because it is always there?”
Momo

Dive into a raging theatrical representation of the world we live in. Lose yourself in this high speed, ego-killer, soul-uplifting trip across oneiric soundscapes.

A conceptual album designed to shut down the mind. Recreating a deep psychedelic trip where visions becomes reality and there's nothing left to get a grip on. Watch all structures fall while new dimensions of healing music unfold before you.
A balanced mix between fast paced psychedelic highways and slower passages to rest your soul and body, in this never ending loop of madness and blasting epiphanies.

Written in the strangest of times, meticulously crafted to push you out of your comfort zone.
A sonic book which tells multiple and endless tales each time you listen to it, Fears, Illusions, Madness, Mystical Vision, Time, Love, and Truth.
Noove invites you to be a part of it as the protagonist who desperately walks the hero's journey.
You must first enter the illusion in order to get out of it.
Find yourself. When Mind Is Over.

All tracks by Federico Martignoni except collaborations with Dark Solo, Tyamat and Michele Adamson.
Lyrics in track 11 written by Federico Martignoni and Michele Adamson.
Mastering by Lev Greshilov aka Kindzadza.
Artwork by Noove blending free and paid resources from freepik.es
Special thanks to my beautiful and supporting soul mate Flor and my daughter Alma. To Lev for his awesome art and invitation to make this challenging album, to Nico Dark Solo and Ale Tyamat for being such great ¨capitanes de la nave¨, and to Michele for her amazing performance and magical co-creation.
To Charly Ravenlight, Santi Fungitron, Svilen Kykep, Raimonds Symmetric Vision, Kora Quiazma and Agus Kalma for his magnificent eye blasting visuals.
Big thanks to Otkun from Voodoo Hoodoo and Axel from Black Out for helping me grow this cute little monster i called Noove.
Eternal thanks to Nacho, Emi, Merino, and many more friends that supports and pushes me to make better music every day.

Bandcamp Daily  your guide to the world of Bandcamp